Kolomna is an ancient Russian city about 120 km (75 miles) south-east of Moscow, situated at the confluence of the Moskva and Oka Rivers. Due to sensitive military production of missile components, Kolomna was a closed city until 1994.

Kolomna is a hidden gem in close proximity of Moscow. Enjoy a day-trip into the province beyond Moscow and discover the ancient, rural Russia.

The city is still not listed officially as a city of the Golden Ring, despite its kremlin and the large number of well-preserved churches and monasteries. Like some other historical Russian cities, it has a kremlin, which is a citadel similar to the more famous one in Moscow and also built of red brick. The stone Kolomna Kremlin was built in the 16th century under the Russian Tsar Vasily III. The Kolomna citadel was a part of the Great Abatis Border and, although much of the surrounding wall was removed in the eighteenth century and materials used to construct other public buildings, the remaining stretch of wall, several towers, and some interior buildings have been preserved and held in a good shape. A museum is located inside. In front of the façade stands a statue of Dmitry Donskoy, celebrating the gathering of his troops in Kolomna prior to the Battle of Kulikovo in 1380.

Itinerary of the Day Tour to Kolomna 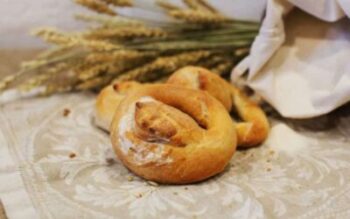 Your guide will meet you at your hotel or accomodation. Together, you will drive in a comfortable vehicle to Kolomna (120 km). Once at the destination, we suggest you to try Kalach, a typical Russian artisanal bread or other traditional biscuits, tea and more. 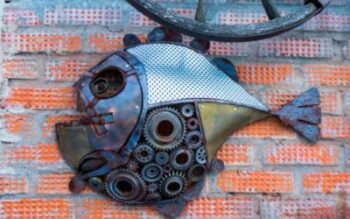 The House of Crafts

Visit the private museum of local crafts, which exhibits artifacts and rarities from medieval times to the Soviet era. There is a blacksmith forge and a marvelous garden to explore. The museum is open only on weekends.

Alternative: On weekdays we can instead offer you a visit to the Museum of Blacksmith and Folk Crafts. You can even participate in a blacksmith workshop. Reservations in advance are required. 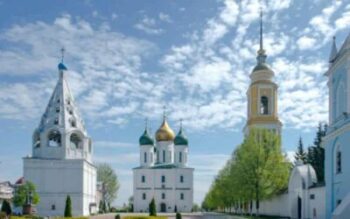 Embrace the tranquility of the canonical square. The Cathedral of the Assumption is the oldest church in Kolomna. It was founded by Dmitry Donskoy in the 14th centure. While from outside it is modestly white, the interiors will impress you with stunning murals and icons. The photogenic bank of the Moskva River is only a two minute walk away. 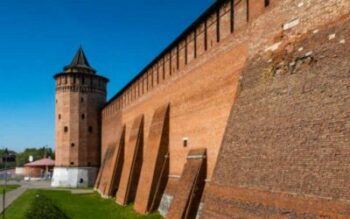 The Kolomna Kremlin is a huge fortress built in the 16th century. The walls are made of red brick and are up to 20 meters high. There is a monument to Dmitry Donskoy in front of Marinkina tower, where Marina Mnishek, the wife of False Dmitry, was taken into custody. 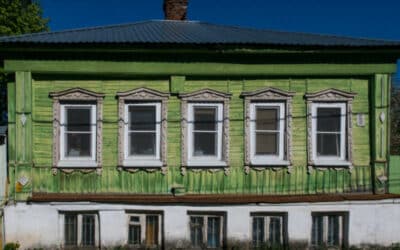 Kolomna is also famous for its Pastila: Traditional confectionary made of fruit puree, egg whites and sugar. You have the chance to visit a traditional Russian café and enjoy a cup of tea together with the original pastila. Reservations in advance are required. Alternatively, you can simply spend more time strolling the historic streets of the Posad residential area, which includes various exhibitions, souvenir shops and bakeries. 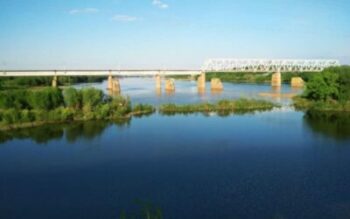 The Oka river is a part of the Volga, the longest river in Europe. You will cross the Oka bridge by car, and have a chance to let the alluring landscape of Oka complete your impressions of a magnificent trip to Kolomna. At the end of the day, your guide will transfer you back to your accomodation in Moscow.

Our English-speaking guide will meet you in the morning (about 8:00) in the lobby of your hotel. Together, you will drive in a comfortable vehicle to Kolomna, about 2 hours outside of Moscow. Once you arrive at Kolomna, you will be able to taste traditional Russian pastry and sweets, have a look at historic artifacts or try blacksmithing. You will have a stroll on the peaceful Cathedral Square with various churches, including the Church of John the Baptist, one of only three 14th-century buildings preserved in Moscow Region. Your guide will show you the magnificent 16th century stone Kremlin and accompany you along the cozy streets of Posad, the historical downtown. Kolomna is situated on the confluence of Oka and Moskva river, and you will visit the rivers with your guide before leaving the city.  The total tour duration is between 9 and 11 hours, including transportation. At the end of the tour, you will be chauffeured back to your accommodation in Moscow.